from LOS TORONTOS - No Te Vayas by KATHRINARECORDS 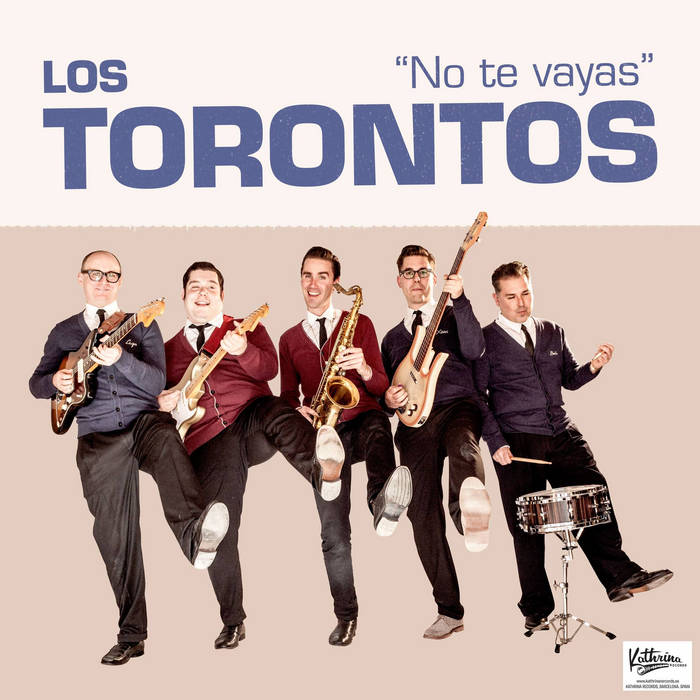 from LOS TORONTOS - No Te Vayas, track released December 22, 2017
Los Torontos are a rock and roll group influenced by the music of the beginnings of the 50s and 60s. You could define their musical style as frat rock, rock and roll, and rhythm and blues.
The group is made up of Agustí Burriel (Velvet Candles) on vocals and rhythm guitar, Spencer Evoy (MFC Chicken) on vocals and sax, El Lega (Legacaster) on electric guitar, Xavi Ruiz (Los Locos del Oeste) on electric bass y Berto Martínez (The Kabooms) on drums.
Their musical references include groups like The Wailers, The Sonics,[ Lee Dresser, The Artesians, The Sheppards, Sam The Sham until Chuck Berry y Johnny Guitar Watson.

The music that keeps you alive

Bandcamp Daily  your guide to the world of Bandcamp